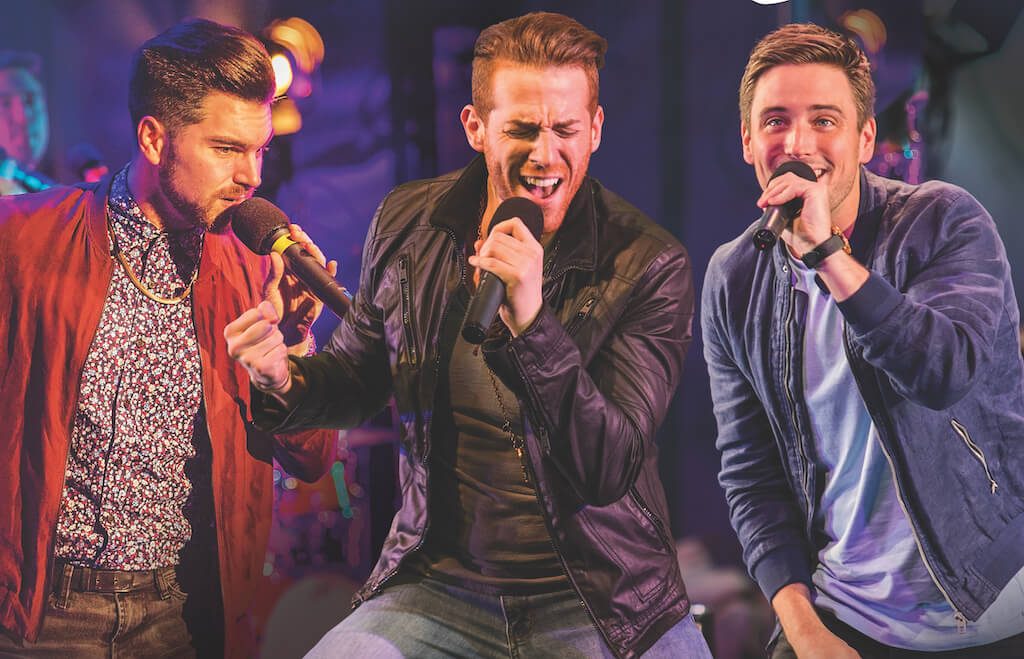 The baby boomers had the Beatles, groups like ABBA took the 70s by storm, but now it’s time for TODAY’S music to take center stage with NYC3℠! Starring three of New York City’s hottest male vocalists, this high-energy concert event delivers phenomenal performances of today’s top hits from artists like Ed Sheeran, Bruno Mars, Maroon 5, Shawn Mendes, Niall Horan and more. Great songs like Justin Timberlake’s “Can’t Stop the Feeling” and Walk the Moon’s “Shut Up and Dance” will get your audience up on their feet, and when the men of NYC3℠ blend their voices on soaring hits like Sia’s “Chandelier” and their unforgettable rendition of “Hallelujah,” the crowd will be awestruck by this powerhouse act’s incredible vocals. With a cutting-edge concert containing only songs and remixes that have hit the airwaves in the last decade, this electrifying group taps into the pulse of today’s music in a new and exciting way. Millennials, families, and subscribers alike will love the way this incredible show covers today’s chart-topping hits one after another, featuring a dynamic act at the forefront of today’s headline entertainment scene. It’s new… it’s now… it’s NYC3℠!