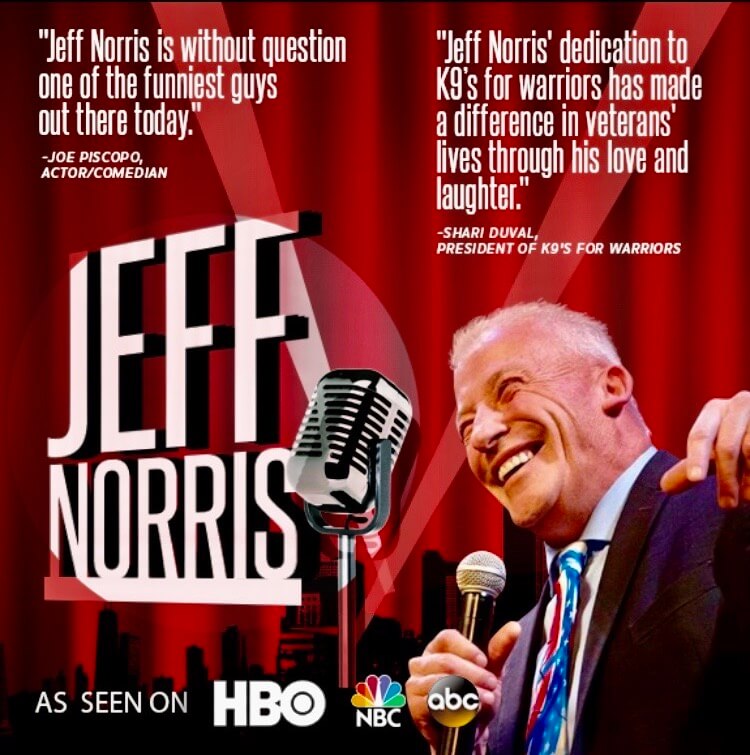 An energetic whirlwind of stand-up comedy and great impressions, JEFF NORRIS is a favorite at numerous comedy clubs across the USA with his clean act and many voices. He has wowed audiences at The Riviera and Tropicana Hotels in Las Vegas, The Borgata in Atlantic City, and Caroline’s and Dangerfields in NYC, to name only a few.

“Jeff is one of the funniest guys doing comedy today; he’s original and hip”, says Joe Piscopo, who featured him for four months at his own club at Resorts in Atlantic City. Jeff’s television and film credits include HBO’s “Oz” and “Boardwalk Empire”, “My Super Ex Girlfriend, and “Anger Management”.

Among his long list of commercials is a four-year stint as the voice of the “sweet side” in Kellogg’s Mini-Wheat Ad.