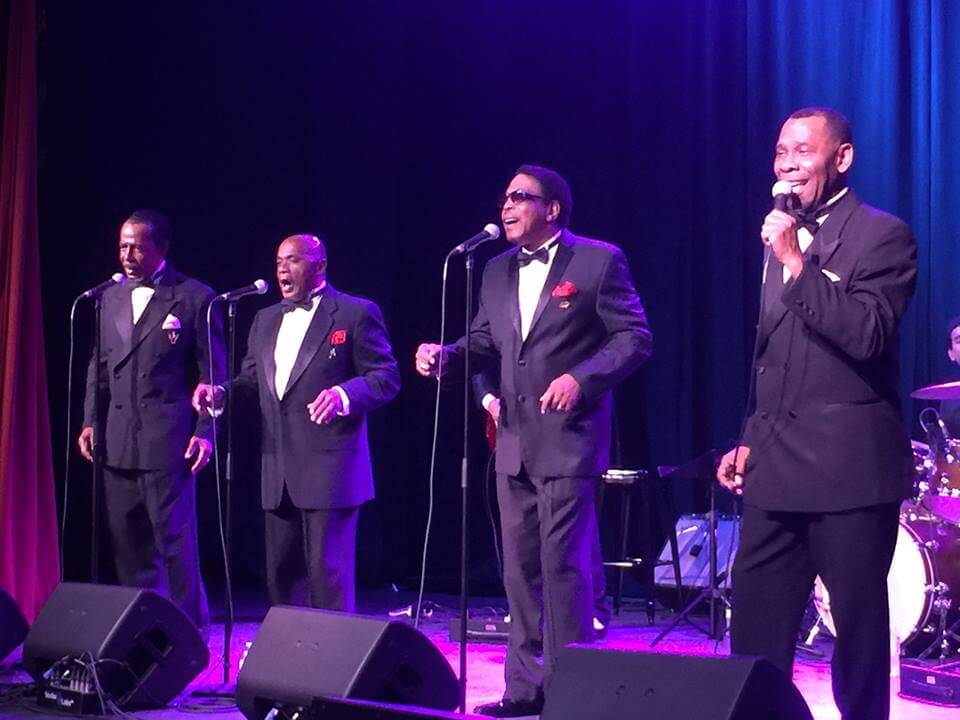 Surely, there is no more aptly named group in show business today than the Drifters. The group that was formed 40 years ago to be a vehicle for top talent to drift in and out of, has become the showcase for over 100 performers. In fact, over 50 singers recorded with the Drifter’s 18 hit records and 15 top album reign including no less than 7 different lead singers.

While no one single Drifter really stands out, at least two individuals whose careers originated with the Drifters achieved superstardom on their own. Both Ben E. King and Clyde McPhatter went on to sell millions of records as solo performers and were ultimately inducted into the Rock and Roll Hall of Fame after their careers ended with the Drifters. But that doesn’t begin to account for the numerous group members whose careers blossomed in Broadway theatre, on television, in commercials, in jungles-truly every aspect of the entertainment business.

And for their long careers as trendsetters in the music industry, the Drifters were honored with the ultimate music business accolade in 1988; induction into the Rock and Roll Hall of Fame – prophetically in the same year as such other rock and roll icons as the Beatles, the Supremes, Bob Dylan and the Beach Boys. Can you imagine any greater sampling of the greatness and diversity of American pop music than this quintet of inductees?

The years have been kind to the Drifters since the earliest group under the direction of Clyde McPhatter disbanded in 1958. Reformed with entirely different personnel, their very next record was the four million seller with Ben E. King, “There Goes My Baby. (the first rhythm and blues record to incorporate violins). And throughout the numerous personnel changes, the group was able to turn out 29 more chart records and have sold almost 50 million albums worldwide. Their current blockbuster album, “The Drifters Then and Now”, is perhaps their best, featuring some of their greatest live performances as well as their complete current live show recorded at the hard Rock Café on a two CD set.